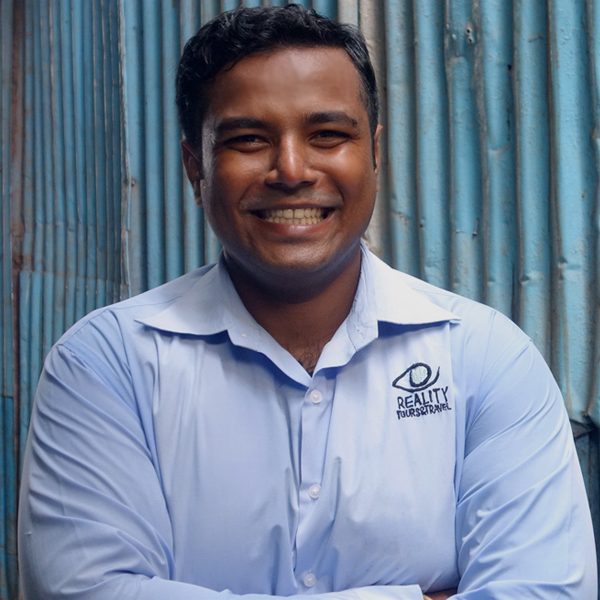 Suraj lives in Matunga Labour Camp, in Dharavi, with his parents and elder sister.

Suraj is a tug of war player for Maharasthra- as anchorman- and his team won a bronze medal for 2011/12. Suraj’s dream is to play for India at tug of war. He is also a wrestler.

He also likes to watch his movies, such a 3 Idiots and Slumdog Millionaire. His favourite food is Punjabi and Gujurati, and his favourite snack is dhokla.

He likes the job because he enjoys communicating with people.