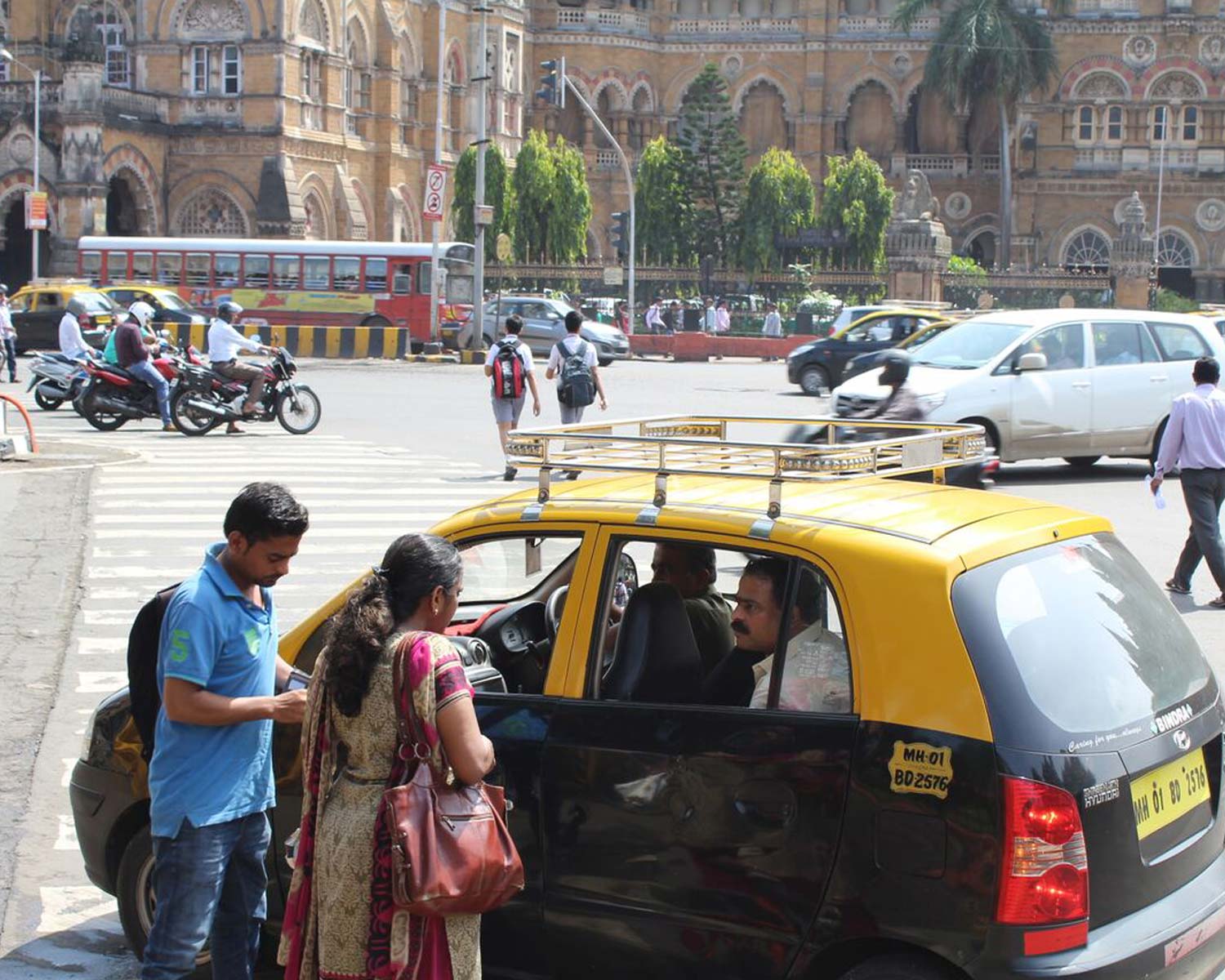 Welcome to Mumbai: Getting from the Airport to the City Centre

Finally, you’ve made the decision to visit Mumbai and explore all it has to offer!

We’ve put together a summary to help you decide how to get into the city upon arrival at Chhatrapati Shivaji International airport:

This is a straightforward method to get into the city. There are two types of taxis you can take: pre-paid or normal metered taxis. Normal taxis be distinguished by their black and yellow exteriors, whereas the pre-paid taxis are equipped with air conditioning (sometimes referred to as “cool cabs”).

We recommend taking pre-paid taxis over metered taxis to ensure you get a fair rate into the city, irrespective of traffic conditions/travel time.

*Note that the time of day you arrive/depart and traffic will affect the length of time it takes for you to get in or out of town.

Oh the wonders of technology and ride-sharing apps! Travelling via this option is seemingly effortless: the airport has designated pick-up points for Uber and Ola riders, as well as signage to direct you to these pick-up points.

Ask for the Uber or Ola Cabs counter upon exiting any terminal premises and you’ll be directed accordingly. In case you don’t have either application downloaded on your phone, Uber or OLA representatives at these information counters can help you book a ride. Rates are fair, fixed, and you can rest assured that you’ll be dropped off exactly where you need to be.

These are the beloved black and yellow, compact three-wheelers that roam Mumbai’s streets. We daresay that autos are the most popular and cost effective means of travel around the city. Moreover, Mumbai’s auto-rickshaws are always metered, so there is no need to fret about price negotiations.

Auto rickshaws in Mumbai, however, only operate in the suburbs and cannot enter South Bombay (Colaba, Fort area). The only terminal where you can catch an auto to reach the suburbs of Mumbai is from Terminal 1B, domestic departures. If you’re thinking of catching an auto from Terminal 2, the only way you’d be able to get one is to get to a nearby train station first.

This would be a difficult to navigate if you aren’t familiar with train travel in Mumbai; however, there are bus services that connect both international and domestic terminals to  train stations nearby—making it a cost effective means of getting into town.

*Note that buses do not run overnight. So, if you arrive at odd hours in the morning/night, you’ll have to take a cab/Uber/Ola.

Unfortunately, Mumbai’s airport isn’t directly connected to any train station. But if you’re adventurous and would like to make your way into the city centre via Mumbai’s local train system, you can do so by travelling to the nearest station via auto/taxi first. Train travel is the fastest way to get into the city centre during peak traffic hours.

Here are some helpful points of reference:

Happy travels, and hope to see you soon in Mumbai.