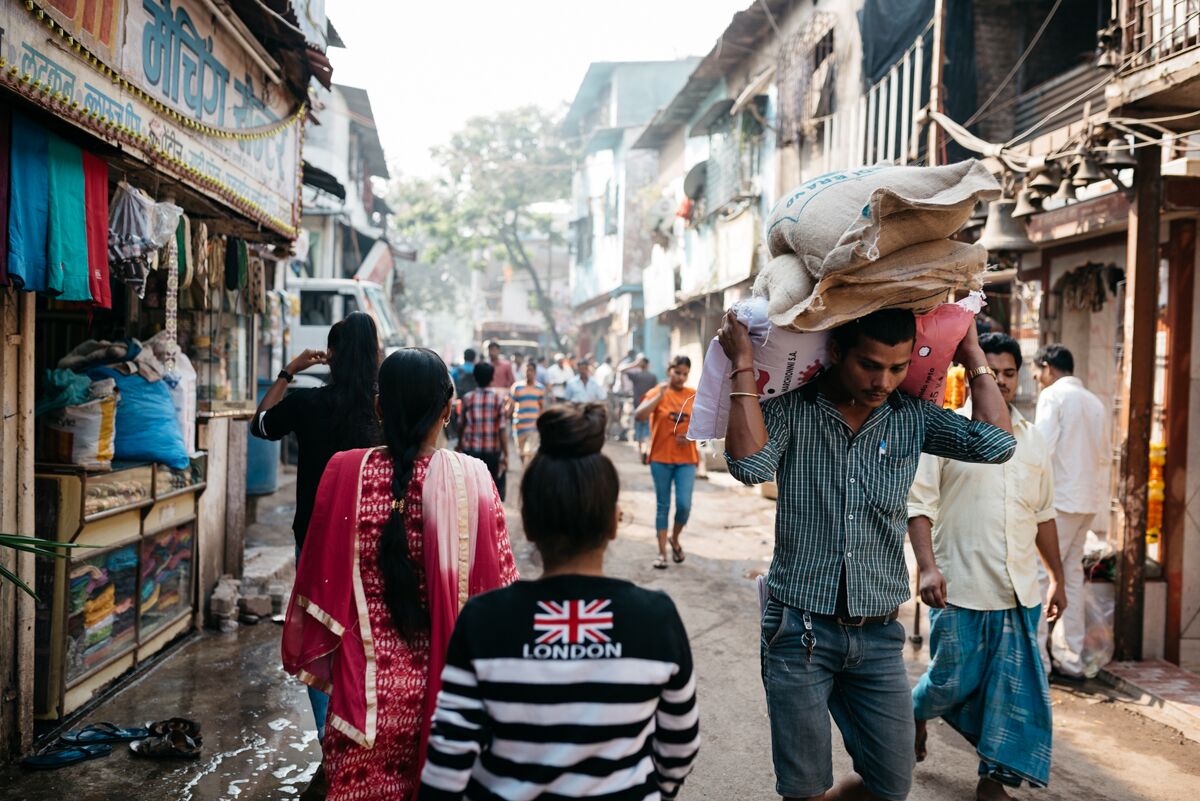 In 2008, Slumdog Millionaire’s success put Mumbai’s slum community on the world stage. Millions around the world felt as if they really were a part of it, engrossed in the film, as they followed Jamal through the crowded streets of the city’s underworld.

Finally being on the world stage, in many ways, was one of the worst things that could have happened to the image of India’s slum residents. For the vast majority of viewers, the pickpockets, gangsters and helplessness depicted in Slumdog will be their permanent recollection whenever they hear that word ‘slum’. They will never visit India, and certainly not any of its underprivileged areas. “Dharavi? Where they blind the child beggars so they’ll earn more? I’ll pass, thank you very much.”

There’s no sugarcoating the fact that slums are tough places to live. Dharavi, India’s largest and one of the world’s most notorious, faces a host of problems due to overcrowding – one million people inhabit just over 2 square kilometres, in a population twenty times as dense as the rest of the city.

Scratch beneath the surface, though, and there’s another side to Dharavi. Amid the narrow alleys and open drains, a thriving ecosystem can be found, fuelled by an entrepreneurial backbone which sees the slum export over $660 million worth of goods every year.

Denied a head start in life because of where they were born, Dharavi’s residents are determined to break the cycle of poverty – and the existence of so many successful business owners, restaurateurs and tech start-ups reveals the community’s strong spirit of determination.

A local-led approach to quality education

Reality Tours & Travel, a socially responsible tour operator founded three years before Slumdog was released, has made it its mission to show people the true nature of India’s slums. Its signature Educational Slum Tour of Dharavi has revealed to visitors from more than 100 countries that there’s more to the area than Slumdog Millionaire’s misery.

The company’s focus on social and urban development issues is refreshing: 80% of profits fund a sister NGO, Reality Gives. Reality Gives has reached over 6,000 children, youth, and adults with their education programmes since 2009 in Dharavi and also Delhi’s Sanjay Colony slum since 2015. Using quality curricula developed through a blend of local and international expertise, their focus is on bringing quality standards from leading overseas institutes to India’s slum communities, all the while monitored closely by a Director of Education recruited from Harvard University.

On the face of it, there’s nothing remarkable about another educational NGO based in Dharavi; Reality Gives has many peers, which, some argue, reduces people’s ability to create their own change. This is the aspect where Reality Gives takes a unique approach. It hires and trains staff locally to deliver its programmes, with the vast majority of its teachers and operational staff coming from the communities they serve.

This local-led model has produced some remarkable stories of slum residents determined to create their own destiny in life. Karthika Nadar’s journey, which began when she joined Reality Gives’ Dharavi Girls Football Academy when she was 17, is one such example. Having grown up in Dharavi where she still lives with her family today, Karthika had reached a point in her life where she was happy but unable to choose the career she wanted. Employed as a compounder at a local pharmacy, she worked unsociable evening hours for a very modest salary. Her dream had always been to become a teacher and provide education to the community. Karthika took her first step towards this goal by joining the Academy. Quickly developing into a popular leader and seeking further preparation for her goal, she signed up to Reality Gives’ Youth Empowerment Program (a curriculum of English, Computer Classes, and Life Skills, which aims to help young adults tackle the world of employment). This proved to be a turning point for Karthika, who fulfilled her ambition by graduating from the programme and joining Reality Gives as an IT teacher. From the Community Centre where she once studied and now teaches in, she describes the programme as “the chance I needed to develop my English and begin my career. More than just learning, I began to feel strong.”

As Reality Gives continues to grow, its focus will remain on empowering slum residents. Together with Reality Tours & Travel, the two organisations are determined to redefine what the word “slum” means to the rest of the world. Rather than giving handouts to Dharavi, Sanjay Colony, and other underprivileged areas, they want to put educated, empowered residents on the world stage so that they themselves can challenge the stereotypes.

This article was originally published in The Logical Indian